This event (sponsored by Sharp Healthcare) provides valuable information and inspires women to make lifestyle changes to improve their health.  If you’re interested in attending, you can visit this website: http://bit.ly/lQ5HJZ

Many of our clients ask about the status of the health reform law.

Proponents and critics of the PPACA are also anxiously awaiting a hearing in Virginia on Tuesday in which a
three-judge panel will begin hearing oral arguments in two separate Virginia-based lawsuits that question the constitutionality of the law and its individual mandate, CQ HealthBeat reports (Norman, CQ HealthBeat, 5/8).  You can read more here:  http://bit.ly/kN0bmB

It may not be the easiest thing to do, but it sounds like there are more reasons to work on forgiveness.  This article may be good for your health!  http://bit.ly/iGU2uk

My son sends me periodic updates of my hilarious 6-year old grandson, William.  I wanted to share a few with you: 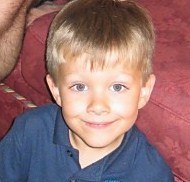 William: I wonder if Chewbacca was an Ewok when he was a baby?

[after a night of coughing from asthma, praying before going to bed]

William: God, thank you for our friends and our family and our food and our house, and please help me breathe tomorrow.

[while mom was playing with a rubber band]

William: I can do something pretty amazing with that.

[coming running into the house crying]

William: I fell and hit my eye on the handlebar of my scooter.

[five minutes later back outside playing with Hannah]

William: Do you mind if we play on the playground instead of riding scooters, because I can’t ride with one eye? Well, I can, but it’s not a good idea.

Dad: What subject do you like best at school?

Dad: What learning subject do you like best at school?

William: Because you don’t have to write anything. The author writes the whole book.

Dad: I think you mean antibiotics.

William: Why is it called The Dark Side?

William: I think because they all wear dark clothes, like Darth Vader.

William: Why are Han Solo and Chewbacca best friends?

William: Maybe it’s because Chewbacca was lost in the forest and the Dark Side guys were after him, and Han Solo saved him, and then Chewbacca said thank you and they became best friends.

William: Why do I always have to clean up my own messes?

William: Tomorrow, I want to play with Rudy, so you can take me over there at about 11, and then we can hang out for an hour or so and then have lunch and then play for maybe three more hours and then it will be about 3 o’clock and you can come pick me up.

William: Are you going to drive me to McDonalds and then over to Rudy’s.

Mom: We’re going to drive you to McDonalds and then you can walk to Rudy’s.

Dad: Do you want to try this tuna fish?

William: OK. Have I ever had tuna before?

William: Of course it is, because it’s fish.

[while riding in John’s Corvette]

Dad: Are you playing games on the Nintendo DS in the other room?

William: Yes, since you are using your computer and mom is using her iPad, I thought we could all play with something electronical.

Because you are so skilled at achievement, you have a grand opportunity available to you right now. Let yourself dream, and know that your very own abilities can enable you to reach that dream if you choose.

Health-focused social media sites, combined with the use of personal health records, can be a reliable source to monitor chronic disease, according to a study that tracked patients with diabetes. Participants were given the option of submitting personal data that were then displayed on county- or state-level maps. Healthcare IT News, Modern Physician.

Doctors, hospitals and federal regulators are struggling to cope with unprecedented drug shortages in the United States that are endangering cancer patients, heart attack victims, accident survivors and a host of other ill people.